“Quality Time” During the Quarantine for the steveworks Team

Tova works with a client via Zoom on the design for an upcoming kitchen/bath/guest addition project.

It feels like every time you look at social media you see pictures of people spending their time taking up new hobbies (sourdough anyone!) to make their time at home during the quarantine more enjoyable. This week, as Massachusetts starts to open back up, and we start working in people’s homes again, we wanted to share what the steveworks team has been up to while we were away from swinging our hammers.

Tova hasn’t missed a beat since quarantine began. After all, she typically spends her time behind a computer working on designs. Now, however, client meetings are done via Zoom rather than in-person. All of her continued hard work means that, as field work becomes possible, our projects are ready to hit the ground running. 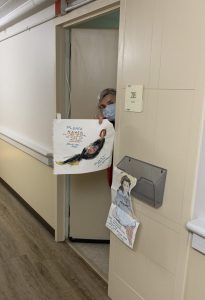 One of the residents at the senior center peaks around the corner showing Asher her homemade sign thanking staff for taking care of her.

Asher has spent some of his “extra” time working on his own condo – doing all those repairs and upgrades no one ever has time for. In addition to painting, he has redone two bathrooms!

Always ready to pitch in, Asher has also been volunteering at a nearby independent living senior center during the crisis. The center has been buying groceries in bulk and Asher has been safely delivering them to residents. 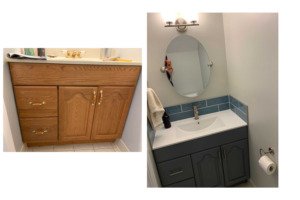 Before (left) and after. Asher didn’t even have to swap out the cabinet for this makeover. With new paint, drawer pulls, sink, and tile backsplash, this no longer looks like the same bathroom.

We think George has a future as a professional baker! Check out his sourdough bagels!

George has been spending a lot of time learning everything he can about building sciences and advanced construction techniques online. When he’s not in front of the computer he has been enjoying spending time with his family, taking a lot of hikes, and baking sourdough.

Like George, Jim has spent a good deal of time doing online learning to expand his knowledge of building science. Not one to spend a lot of time inside, he’s also been working on some outdoor projects on his own including this deck. 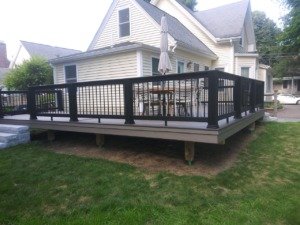 Jim used screw pile footings to support this deck – a technique that speeds up construction and reduced greenhouse gasses because it doesn’t use concrete. 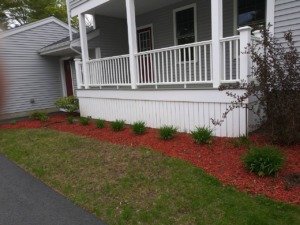 Time to Get Back to Work 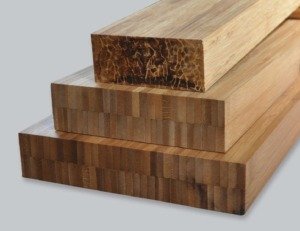 Meanwhile, I’ve been working in the shop on a bathroom vanity made of “plyboo” – that’s plywood made from bamboo! I started this project several years ago; Tova is beyond excited that it may actually come to fruition in her lifetime!

Our crew has been slowly transitioning back to working on job sites with safety protocols in place. We had made sure that our clients had functioning kitchens and bathrooms in particular prior to the shut down. Now it’s time to get back at it and get those projects completed and start to work on the projects Tova has been designing during the shutdown!

What Does a Home Remodel Cost in 2020? Is this even a good time to do a home remodel?
Back to the Dentist! steveworks remodels dental office in the nick of time