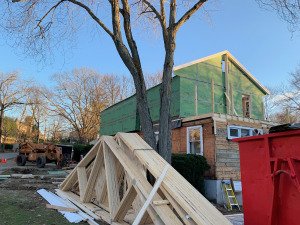 In the six months between estimating and signing the final contract on this large-scale remodeling project in Newton, the cost of the lumber needed has doubled.

To say that lumber prices have been volatile this year is an understatement. Framing lumber prices soared through much of the year – up nearly 120% at their peak in September when prices reached more than $950 per thousand board feet. Members of the National Association of the Remodeling Industry, including steveworks, are doing everything they can to stay one step ahead of the increased prices and material delays. 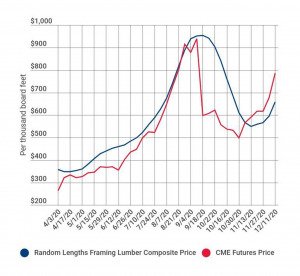 The National Association of Home Builders (NAHB) has stated that the increase in lumber prices added more than $16,000 to the average price of a new home and have taken steps to solve the issue. On December 1st, the U.S. Commerce Department reduced tariffs on shipments of Canadian lumber.

“The Commerce Department’s action to reduce duties from more than 20% to 9% on softwood lumber shipments from Canada into the U.S. is a positive development, but more needs to be done,” said NAHB Chairman Chuck Fowke. “Tariffs have contributed to unprecedented price volatility in the lumber market in 2020, leading to upward pressure on prices and harming housing affordability for American consumers.”

Remodelers are faring better than those specializing in new construction, which requires a far greater volume of lumber. However, in addition to price increases, the DELAYS in sourcing materials is also proving to be an obstacle.

steveworks’ Steve Greenberg explained that he’s seen delays in sheet metal, HVAC materials, concrete, copper, roofing and appliances – the entire industry has been impacted with delays and price hikes resulting in many remodelers and subcontractors to buy materials months in advance to make sure everything is on hand when they need them. “It’s almost like trying to time the stock market,” Steve said. “You want to get the right price plus you have to make sure you have allowed enough lead time for materials to arrive. Usually we see prices increase in the spring before the building season begins, but this year we’ve seen increases several times already.” 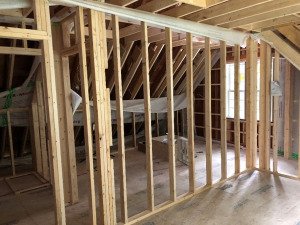 Increased lumber prices and wait times for materials for additions, like this Hopkinton project by steveworks, have had an impact on pricing and timing.

While remodelers have certainly been aware of the rising prices, many homeowners are not. Today, many are realizing that remodeling prices are increasing and that it is not as easy as it once was to purchase appliances, for example.  Planning building projects well in advance is now more important than ever.

Simple supply versus demand accounts for a lot of the current issues. “The entire building season was condensed, causing pent up demand for construction. The mills haven’t been able to catch up for time lost due to Covid,” Steve said. “We estimated a large project last December/January in Newton that included $25,000 in lumber. By the time we signed the contract over the summer, the lumber costs had doubled to $50k.”

Whole Home Remodel/Expansion Part 3: Building an Airtight Addition – Blower Door Testing
Where Does America’s Energy Come From and How to Make the Best Energy Choice for Your Own Home